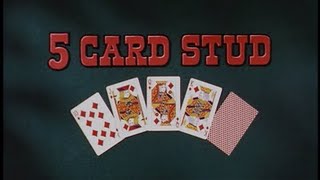 While we all wait on the next sex scandal to hit the World Wide Leader, why not talk a little fantasy ball. Last week my super-secret stud was one DeAngelo Williams. I predicted 112 yards and two scores. He crushed those numbers by racking 172 total yards and two touches. Now those are SRB stats. Look for a repeat performance on Sunday against the woeful Bills defense, which ranks dead last against the run.

Here are this week’s five studs:

5) Greg Jennings – Perhaps this is wishful thinking on my part, but I think Greg will breakout of his month-long slump and skewer the Browns. Packers don’t really like to run the ball. Six catches for 116 yards and a sixer.

4) LaDainian Tomlinson – No one has bashed LT more than me, and thus far I’ve been spot on in my assessment of his play in ’09. He has stunk up the joint. However, he had a pulse on Monday night against a very good Broncos D. This week he draws the terrible Chiefs. 128 total yards and a score.

3) Steve Smith – The original Smitty has been a major bust. No touchdowns in five games? Horrible. The drought ends against the Bills. Four grabs for 91 yards and a touchdown.

2) Leon Washington – I don’t trust the Raiders defense. They might have shut down the pathetic Eagles, but lightning won’t strike twice. The firm of Washington and Jones will adjudicate a huge game. 115 total yards and a trip six.

1) Matt Ryan – I have no faith in the Cowboys defense, even coming off a bye week. I think this one will be an aerial show. Ryan will outduel Romo. 328 yards and three TD tosses.

I’m feeling mellow today. Here’s a song befitting my mood. May your weekend be fruitful.