Poor, poor Dallas. They were oh so close to victory in Detroit on Sunday. It was there for the taking, like a ripe Golden Delicious apple waiting to be plucked from the tree of goodness. So much so that premature ejaculator/color analyst Brian Billick declared the Cowboys winners with a little over a minute remaining. Dipshit that he is, Billick neglected to factor in, A) the Cowboys’ penchant for late-game collapses, and 2) MEGATRON.

The first omission is somewhat excusable. I mean, Tony Romo wasn’t directly involved in the eventual outcome. In fact, Romo handed his defense a 30-24 lead with 1:02 left to play. There would be no fumbled snap or ill-advised chuck into double coverage. Nope. All Romo had to do was kick back on the sidelines and watch his defense bring home the W.

So, it was a gutted defense versus an otherworldly wide receiver with 62 seconds remaining. What could possibly go wrong? There’s no way the ‘Boys’ brain trust would allow the guy with 12 catches for 290 yards to torch them. Not again. Well, at least not more than once. Cue the thunder. We all know how this tale of terror ends.

Think your fantasy team is on the fast track to champagne wishes and caviar dreams? Think again. Down in the dumps because you believe your fake franchise is destined to miss the playoffs? Lift that chin up. The winds of change never stop blowing. Fortunes can be reversed for better or worse in one fell swoop. It is known.

What time is it? Time to pop open your Week 8 fantasy football 12-pack. Oh, yeah!

12. Gather ’round for story time, kids

The day started off swell for baby Dez. Look at me. I catch ball good.

Then the worm turned when baby Dez took umbrage to being shown up by Calvin. Me not getting ball enough. Me go pout in da corner. WAH! WAH!

Jason Witten, a man, grew tired of baby Dez’s bellyaching. Hey fucktard! I’ll give you something to really cry about if you don’t stop acting like a punk pussy!

And the Cowboys lived unhappily ever after. The end. (Actually, Dez was shouting “positive” things on Sunday, but that makes story time a thousand times less interesting.) 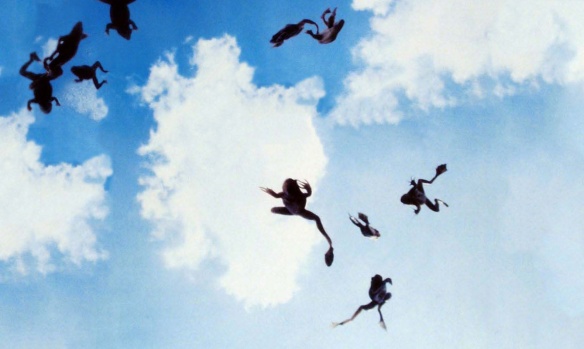 Got a kid? Dress the little tyke up as Andy Reid this Halloween and be treated to a sack full of BBQ ribs, a guide to clock management, and Parenting for Dummies. It’s a win-win!

Absorbent and yellow and porous is she… 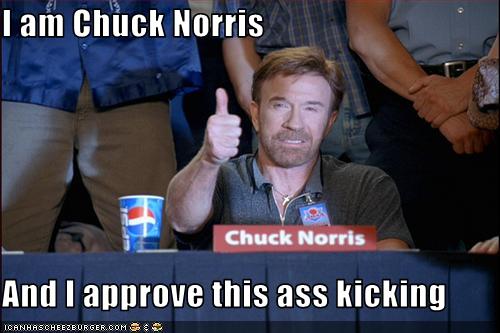 Week 8 in the NFL and Week 8 in Gulfman League had something in common: blowouts. Eight of 13 pro games were decided by double-digits, including 32- and 40-point wins by San Fran and Cincinnati, respectively. Our little dog and pony show league featured four obliterations, including the Steelcats pummeling of the previously unbeaten Assassins (I take pride in losing in grandiose style).

Bye weeks and injuries are rearing their ugly heads like nobody’s business. With Denver, Detroit, and the 49ers off in Week 9, we might be looking at more lopsided results. Wait, no Pey Pey? No gritty, gutty Wes Welker? No Eric “Don’t Call Me Ed McCaffery” Decker? No Bush? NO MEGATRON? We riot.

In other news, the Jaguars are also off.

Hello, American lords and ladies. London calling. We rather enjoyed hosting your football match this past Sunday. It provided a welcome respite from our normal routine of Mr. Bean marathons and self-satisfied mockery of the daft twits running your pathetic “democracy.” Even the Queen Mum took time out from waiting to die to watch the tattooed fellow of indiscernible ethnicity run for one those touchdowns. She was quite taken by his long strides and sculpted physique. He reminded her of a young chap she met during the War, whilst a member of the Women’s Auxiliary Territorial Service. The tall, lean, swarthy mechanic responsible for her sexual awakening,. Oh dear. Clearly I have revealed too much. That third glass of brandy was a mistake. Nevertheless, we look forward to your pigskin returning to the Monarchy in 2014. By the by, aren’t our hats posh? 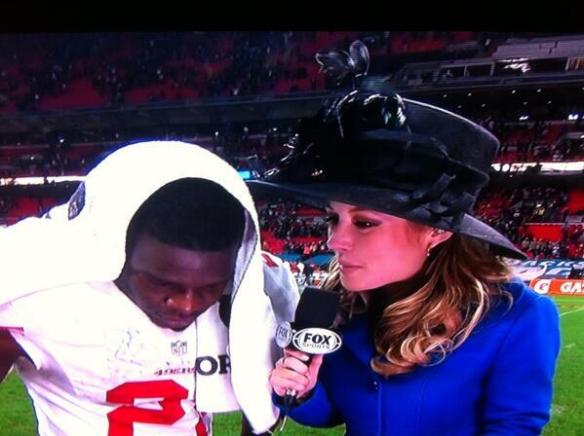 6. WWE tackle of the week

I was torn here. As a long-suffering Eagles fan, I relished Bradley Fletcher and Nate Allen suplexing Salsa Man to the turf. On the other hand, as a Cruz owner, I can ill afford to lose his sterling weekly stat line of 6-8 points with no touchdowns. 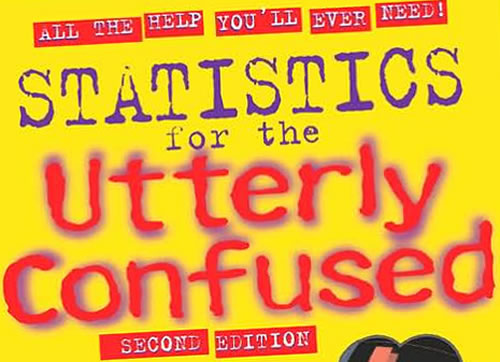 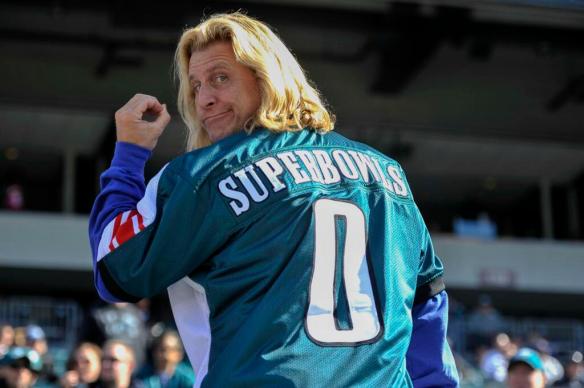 I’ll crush you with my bare hands!

Marvin Jones (Beasts) – Not only did the Furry ones have the wisdom to pluck Jones from the scrap heap, but they started him to boot. Four touchdowns and 36.2 points moves them to 5-3. That’s Gulfman approved.

Megatron (Steelcats) – The one, the only. Calvin’s 329 yards were 194 more than Seattle gained as a team on Monday night. Let that sink in. Oh, he was stopped inside the five three times, too.

For the second time in three weeks, no lineup gaffes. Pandora’s Box gift cards for everyone!

Tom Brady – Peyton has nearly twice as many fantasy points as Golden Boy. Mike Vick, who has missed two full games and parts of two others has only 3.3 fewer points. Don’t fret, though. Brady’s life is still awesome. He’ll be just fine. (See below.)

Ray Rice – Can’t trade him because he won’t fetch fair value. Only recourse is to keep him on the pine until he bounces back. Bottom line: he looks like a casualty of the lengthy Super Bowl run.

Darren Sproles – Posted a goose egg in Week 8. Like teammate Marques Colston, he’s just not as involved in the Saints attack this season. Odd.

Hakeem Nicks – Slow, disinterested, bad hands. Some receiver-needy team will throw cash at this dud in the offseason and immediately regret it.

Dwayne Bowe – Gets more useless by the week. The schedule is favorable down the stretch, but his quarterback is still Alex Smith.

Farvel, bitches. I leave you with this. Golden Boy and his lady dressed for Halloween. Adorable.

No shortage of courage here.