What in the wide, wide world of sports is going on here? I can’t make heads or tails of the 2013 NFL season. Just when I think I have a leg up on the ins and outs, the fantasy gods fire a monkey wrench from upon high that drills me right upside the ol’ noggin’. I’m confused, to put it mildly.

Oh the humanity! Make it stop!

Guess how many of the above group were started in Gulfman League for Week 9? Answer is two: James and Dobson. If you got it correct, slap a gold star on that big brain of yours ’cause you be smart ‘n’ stuff. Two, that’s all. With the exception of maybe Stacy, I can’t even fault anyone for leaving this motley crew on the pine. Hell, some of these clowns shouldn’t even be owned.

We have officially entered the fantasy Twilight Zone.

Oh, and Aaron Rodgers busted his collarbone, thus killing the value of all Packers receivers. Glorious.

What time is it? Time to pop open your Week 9 fantasy recap 12-pack. Oh yeah!

The red-faced prick is at it again. Alfred Morris was the shit on Sunday: 121 yards and a touchdown. However, he would’ve been the bomb if not for Darrel Young: 5 carries, 12 yards, 3 TDs. Is in inappropriate to suggest that Mike Shanahan be scalped? Probably, but fuck it.

I call this the “Giostick.”

Jumper from James is good!

ALL DAY, EVERY DAY. Best RB ever? He gets my vote. Too bad he’s stuck on the shitty Vikings.

Just a hunch. He works out. #beefcakerequestfulfilled

Is Golden Boy going full retard? Sure seems to be. Perhaps he’s overjoyed for finally tossing more than two touchdowns in a game for the first time in 2013. Or perhaps he’s just a dick. I’m leaning toward the latter.

The weekly circus that is the 2013 Philadelphia Eagles has been fun to follow. Being an Eagles fan, I am thoroughly enjoying the ongoing debate about whether Chip Kelly is a genius or a gimmick, whether his offense can function with or without a “mobile” quarterback, and whether or not a successful (and highly influential) college offensive system can work in the NFL, etc., etc.

I am admittedly biased, but I’m also a Philly fan, meaning I live to trash this franchise when they are deserving, and they have been more deserving than not in recent years. That said, I gave the Kelly hire a massive thumbs up. Why? Because I watched Oregon steamroll opponents from 2007-2012. Unlike his predecessor, Kelly excels at adjusting his scheme to not only fit his personnel, but also to counter what defenses are doing to attack him.

Ignore the uniformed talking heads when evaluating Kelly’s offense. Let them looks like assholes while they pontificate endlessly. I prefer to look at the numbers, as the numbers reveal the truth.

McCoy and Jackson were already established stars, but Kelly has made them scary lethal. Prior to August, Cooper was famous for his use of colorful slurs at Kenny Chesney concerts, not his on field performance; Kelly has somehow made him relevant as a player. And then there’s Foles.

Do I think Nick Foles is the next Dan Marino? No. He could be the next Scott Mitchell. He could throw for 120 yards and two picks against the Packers on Sunday. But thus far, under Kelly’s tutelage, he has more touchdowns than Flacco, Eli, and Big Ben, and as many as Brady and Luck. And he’s done it in 3 1/2 games, counting the steaming dump he dropped versus Dallas.

Point is, Kelly is working with virtually the same group of offensive players (minus Jeremy Maclin) that Andy Reid had in 2012. Reid’s offense ranked 29th in scoring and 15th in yards. Kelly does have the benefit of a healthy offensive line, which can’t be overlooked. But it’s apparent he is more adept at getting the ball in his playmakers’ hands in a variety of places on the field than Reid.

Nine games into his pro coaching career and Kelly is making significant waves. Imagine what he can do when he has his roster, not the 4-12 one he inherited. He still has much to learn, but I have a feeling he’ll figure out the pro game sooner than later. This ain’t darts.

Notice who’s gracing the Stud Running Back header this season? That would be a pair of first-round duds, Doug Martin and C.J. Spiller. 2012 featured Ray Rice and LeSean McCoy. Rice was awesome and won a Super Bowl, but Shady sat out four games concussed and saw his TD total plummet from 20 to 5. In 2011, Jamaal Charles and Arian Foster got the nod. The former blew out his knee in Week 1, while Foster missed three games with a bum ankle. I have no idea which lucky candidates will adorn the 2014 header, but draft at your own risk. 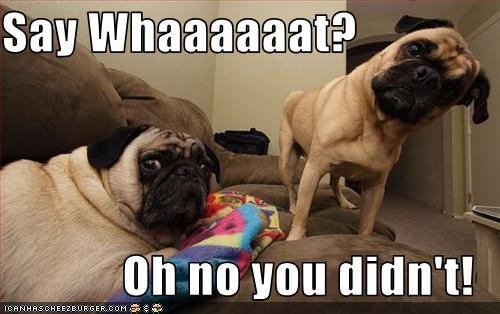 It’s tough to sit Jamaal Charles or LeSean McCoy, but the Assassins strongly considered swapping out Shady for Giovani Bernard. In the end, they rolled with the Eagle and lost. Needless to say, Gio’s 23.8 points were missed.

Petes started the Broncos defense. Unfortunately for them, the Denver D was sipping Mai Tais on a beach during their bye.

When Nick Foles fires seven touchdowns and Case Keenum chucks it for 350, it’s safe to say the NFL is a passing league. Duh. But how does run/pass ratio equate to winning and losing? Inquiring minds (or me, anyway) want to know. Let’s find out, shall we.

That’s somewhat revealing, but doesn’t tell the whole story. What about balance, Mr. Miyagi? Is balance really the key to great success, or is it bullshit propaganda fed to the football viewing masses by rub-some-dirt-on-that-concussion era analysts?

At this point, New Orleans and Detroit offer the best hope for a pass-happy team to hoist Lombardi. All the other likely champs are either run-heavy or relatively balanced.

By the way, last year’s Super Bowl participants, San Fran and Baltimore, finished 3rd and 15th in run/pass ratio, respectively. By contrast, the 2011 Super Bowl teams, Pats and Giants, finished 22nd and 26th in run/pass, so all my speculating amounts to jack squat.

Stevan Ridley (Steelcats) – Six touchdowns in his last four after being a non-factor for six weeks. Shane Vereen’s return could either help or hurt him. Regardless, he was a stud in Week 9.

Matt Forte (Excuses) – I love Matt Forte. Guy has helped win me at least two fake championships. But on Monday Night, I loathed him. The bastard single-handedly chiseled away my 20-point lead. Screw you Marc Trestman for knowing how to properly use a dual-threat running back!

Seems like an ideal time to spew my annual rant about banning kickers from all forms of football. Spare me the argument about losing the “excitement” and “drama” of the kickoff. Don’t care. Spot the ball at the 20 or 25 and be done with it.

But Josh Cribbs and Devon Hester won’t have jobs! First, they could still return punts. Punting is and always will be integral to football. Besides, what’s better than watching a punter get plowed over by an overeager safety or linebacker? Second, learn how to run routes, return “specialists.” DeSean Jackson and Wes Welker have no problem handling double-duty, so everyone else can get to work or get to steppin’.

An increase in fourth-down attempts would be welcome. Did you see Marc Tretsman go for it on his own 32 on Monday night? That took massive stones and ended up paying off, because da Bears converted and killed the clock with an 80-yard, 18-play drive. Of course, they ended up booting a field goal to extend their lead, but eliminate kickers from the equation and they either plunge in for another touchdown (yay for fantasy!) or hand the ball to the Pack with scant time left and a long way to travel for a winning touchdown.

Do dopes like Randy Bullock from the Texans really deserve jobs? Fatboy shanked THREE field goals on Sunday night, including the potential game-tying kick. Houston would’ve been better off putting the ball back in Case Keenum’s hands on all of those failed drives.

Ultimately, kickers just muck up the works. They also make head coaches strategically lazy and passive. Ron Rivera was Mr. Conservative entering 2013, and his gig was in jeopardy because of it. Now all he does is go for fourth-downs, which has helped turn the Panthers into legitimate NFC contenders.

To sum up: kickers suck.

I take pleasure in hammering The Negotiators whenever possible, but it’s never (usually) meant to be malicious. It’s because some of their moves are downright vexing. That said, they aren’t complete buffoons. I praised them for drafting Eddie Lacy and T.Y. Hilton, and both guys are in prime position to be beasts down the stretch. The Packers have to lean on Lacy with Rodgers out, and Reggie Wayne’s season-ending injury opened the door for Hilton to become Luck’s go-to guy. Also, Alfred Morris is looking studly of late. It pains me to write this, but IF Danny Amendola stays healthy, the Deal Makers might end up being the team to beat in Gulfman League.

नमस्ते, bitches. I leave you with this.

Nice to see sisters that get along.