What transpired in Week 14 of the 2013 NFL/fantasy season was the stuff of legends. Beginning last Thursday night when the Jaguars of all teams delivered a death-blow to the Gary Kubiak era in Houston, to the Monday night thrashing perpetrated by the Josh McCown led Bears on the December blues ‘Boys, and every wild, woeful, and wintry game in between, it was a football blitzkrieg to remember.

A snow-covered field in Philly. A sideline in Pittsburgh. The final five minutes in Baltimore. The final 61 seconds in Foxborough. A cacophony of ineptitude in D.C. A record-breaking day in Mile High. A heavyweight TKO by the Bay. An expected outcome in the Superdome. A slaughter at Soldier Field. When the NFL is staged right, it is unscripted drama at its finest.

All-Day sprained a foot. Gronk shredded a knee. Welker suffered another concussion. Reggie Bush didn’t even make it out of warmups. RG III was benched. 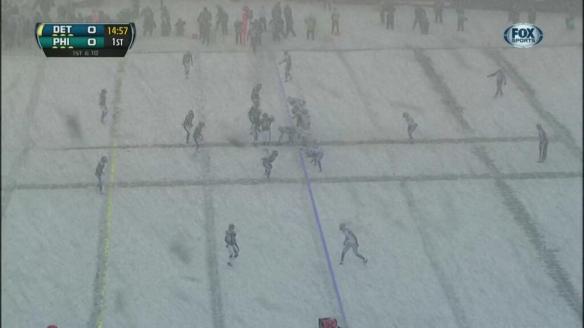 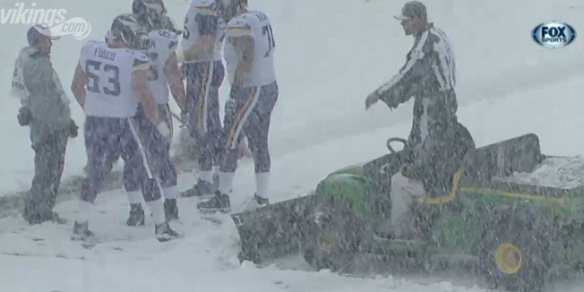 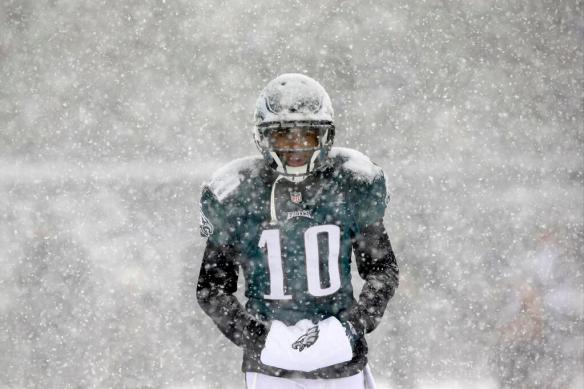 In a word: Glorious.

I’ve spent a good portion of the last four years trashing Chargers “running back” Ryan Mathews. Brittle, unreliable human garbage is just one the of many unflattering ways I’ve described him. Harsh, I know, but he cost me many a win with his terrifyingly horrendous brand of football. Well, he’s still not an elite number one back, but dude hasn’t missed a start in 2013, has played through minor injuries, and currently ranks as the 16th best runner in Gulfman League scoring. Apologies, Ryan. Now don’t screw it up by pulling a hammy in practice this week, you fucking useless bag of dicks.

Absolutely no concern for the growing water shortage. 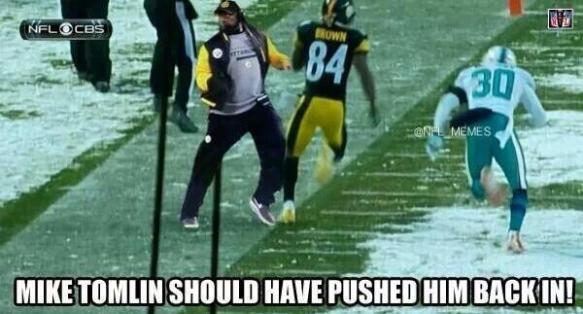 Anyone who’s participated in fantasy football knows that fake championships are often won and lost on the waiver wire. Peg the right free agent and you could be kicking it on easy street come January. Waste cash on injured quarterbacks with little hope of returning and you’ll be kicking puppies on your way home from work. Such is life for the fantasy owner. At any rate, here are the undrafted/dropped gents who kicked ass in 2013. 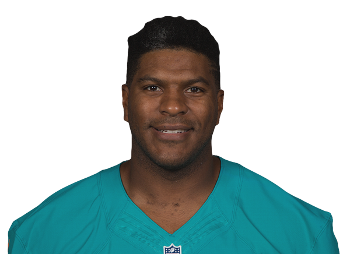 Without fail in every fantasy campaign a bevy of high draft picks ruin the dream of achieving fake glory by swallowing shit for part or all of the season. Be it nagging injuries or just all around awfulness, these ass clowns are more than deserving of our disdain and ridicule. In other words, FUCK THESE GUYS.

Here’s all you need to know about first-year head coaches Marc Trestman and Chip Kelly: They have balls. Forced to play with backup quarterbacks for long stretches of their inaugural seasons, both coaches have eschewed the conservative approach in favor of aggressive vertical passing attacks capable of exploiting defenses at multiple levels on the field.

LeSean McCoy and Matt Forte are the unquestioned center pieces of both offenses. However, the reason why the Bears and Eagles rank 2nd and 9th in scoring is due to their down field prowess, not their run games. In five starts, Josh McCown has tossed 11 touchdowns, 1 interception, and added one rushing TD. In eight starts, Nick Foles has accounted for 17 touchdowns, 1 interception, and three rushing scores.

Trestman and Kelly don’t care about being misrepresented by pundits, or what narrative beat writers want to pen, or the vociferous objections of peers and/or fans about the faulty structure of  their “CFL” and “college” offenses. All they care about is scoring, wherever, whenever, and however they can.

Which is why players like McCoy, Forte, DeSean Jackson, Alshon Jeffery, and Riley Cooper are enjoying career seasons. Just chuck it up and let them make a play. It’s a philosophy that won Joe Flacco and the Ravens a Super Bowl. It’s a philosophy that has made Peyton Manning, Drew Brees, and Tom Brady three of the most prolific passers in league history. It’s a philosophy that separates the innovators from the dinosaurs. Those willing to adapt on the fly versus those too stubborn to alter their singular visions.

4. An example of how not to tackle

Oh those adorable Bengals. Even when they crush an opponent, they never fail to remind us of the innate ineptness that clings to every fibre of their being. Don’t go changin’ Cincinnati!

Matt Prater (Monkeys) – If a footie kicks a 64-yarder, I will set aside my hatred of kickers for one week and give the bro some love.

Josh McCown (Assassins) – Yet more evidence to support my theory that quarterbacks are overvalued in fantasy. A 34-year-old career backup put up Peytonesque numbers. 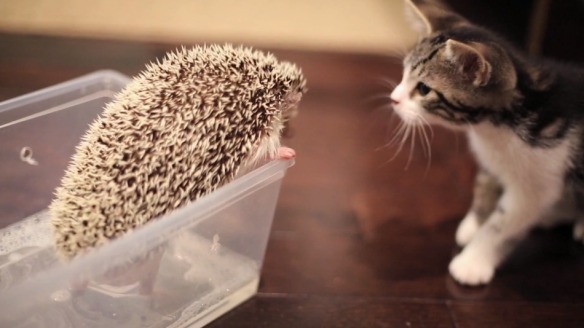 It’s a rematch of the 2006 Gulfman League Championship won by the Furry ones, so expect plenty of blood and scratches. Will the ‘Cats roll with the Gronkless Brady, or take a gamble on the underwhelming Romo? Can Willis McGahee shred a turnstile Bears run D, and who fills in for a concussed Wes Welker? The Beasts face a QB quandary of their own: Wilson or Dalton, each with a favorable matchup. And do they dare bench Frank Gore again? Will Brandon Marshall get the better of Browns cornerback Joe Haden? So many questions, so little time to ponder. I foresee a monster game from Megatron being the difference.

The two highest scoring teams will throw down in a titanic tilt that should be worth the price of admission. It’s a contrast of styles in this donnybrook. Armpits rely on a lethal trio of pass catchers to inflict copious amounts of damage, while the Assassins lean on fantasy’s top two runners and a potent special teams. Might be a bad omen that the Assassins scored the most single-game points in Gulfman League history last week. Will Shady and Jamaal have anything left? And who will be under center if Jay Cutler returns to the Bears? More importantly, can Josh Gordon and Alshon Jeffery be contained? It will likely come down to Matt Stafford on Monday night versus the Ravens. Assassins luck on Mondays has been poor. Pits pull the upset.

Bedrood, bitches. I leave you with this.