After watching all the games (yes, I watch all the games) from Week 9 of the 2014 NFL season, I came away feeling joyful over the sheer number of fantasy football treasures. So much so that I’ve decided to throw an early Turkey Day extravaganza. Time to slip into that pilgrim suit and break bread with a Redskin (Kirk Cousins is available). I’m thankful for…

Time to feast on the Week 9 recap.

An epidemic of mass proportions

The kids are alright

Seven rookie wide receivers are ranked in the Top 50 in fantasy scoring. That list includes not one, but two Jacksonville Jaguars — Alan Hurns and Allen Robinson. Just outside the Top 50 and climbing fast are Odell Beckham Jr., Martavis Bryant, Jordan Matthews, Jarvis Landry, and Davante Adams. It would appear that this massively hyped class of neophyte pass catchers is actually meeting expectations.

Clash of the Titans

It was the New York Division-leading Lame Excuses throwing down with the Carolina Division-leading Character Assassins. in Week 9 of Gulfman League. The Lame ones were hampered by DeMarco Murray’s worst outing of the season and a second straight flop from Greg Olsen. Meanwhile, the Assassins rode the legs of Matt Forte replacement Jeremy Hill and the unsinkable Antonio Brown; the duo combined for 48.7 points which helped offset Philip River’s horrid performance against the Fish. Methinks these two powers will meet again down the road.

I realize no one but me gives a poop about my desire to prove that quarterbacks are tremendously overrated in fantasy. That said, I’m having a blast playing signal-caller roulette in my other fake league. After 5 weeks I stood at 4-1 using the following chaps:

After Week 9, I’m 6-3, tied for second in my division, and third in total points.

I wanted Sanchez for this week, but the Foles owner swiped him first. Instead, I’m rolling with Alex Smith versus the Bills.

Bengals botch of the week

That would be Andy Dalton tossing a ghastly pick of his own left tackle’s back. Don’t go changin’, Cincinnati!

Jeremy Maclin and Gronk are straight up crushing it lately. J-Mac netted 58.5 points the last two weeks while Gronk was racking 49.4 points. Who needs healthy knees? Torrey Smith has yet to crack 100 yards, but he’s found the endzone four times in his last four starts. If Colin Kaepernick stops playing like bad Michael Vick, He-Rain will be dangerous down the stretch.

For fans of the ladies. 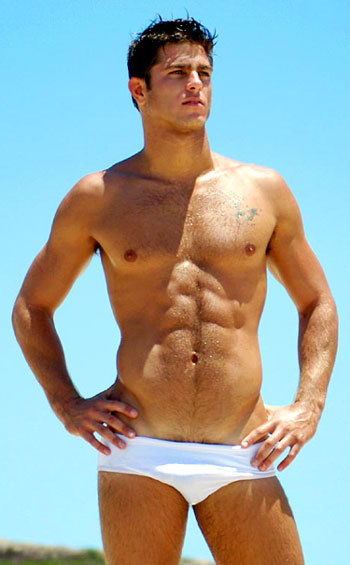 For fans of the beefcake.

A much-needed break has (hopefully) rejuvenated my forecasting skills. I’m putting my money where my mouth is. The envelope, please:

Sanchez and the rook had sweet chemistry in August. And yes, Matthews will be in my lineup this week.

Stud Running Back will return…